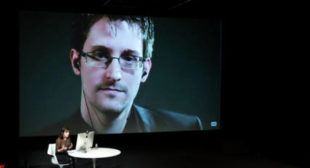 The Trump administration has made it clear to Berlin that if it did not bar Huawei Technologies Co. from building Germany’s 5G next-generation mobile networks, Washington would limit the country’s access to US intelligence. Speaking to Sputnik, Patrick Berger, a spokesman for Huawei’s German branch, commented on the US’ campaign against the firm. 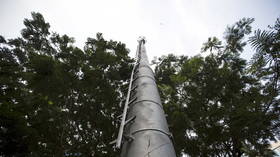 California parents are demanding an elementary school remove their on-campus cell tower after four students and three teachers were diagnosed with cancer in just three years. 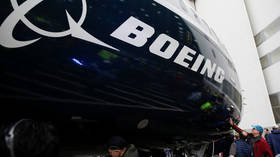 The US aviation regulator is hoping the grounding of the Boeing 737 Max series airliners is as “short as possible” but says it will take “months” for the necessary software updates. 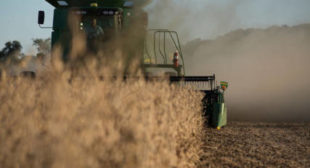 US agricultural exports to China are forecast to fall significantly in crop year 2019, an official in President Donald Trump’s administration said this week, noting that the damage was a result of the administration’s own trade policies with China. 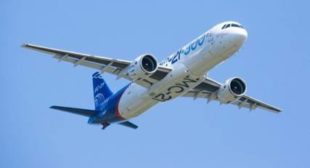 Earlier, Russian media reported that US sanctions against two Russian tech companies involved in the production of the cutting-edge medium-range jet airliner had cut off access to US and Japanese-made components necessary for the plane’s revolutionary composite wing design. 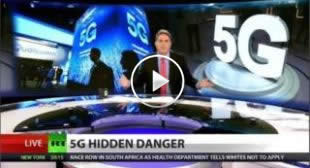 Scientists, environmental groups, doctors and citizens around the world are appealing to all governments to halt telecommunications companies’ deployment of 5G (fifth generation) wireless networks, which they call “an experiment on humanity and the environment that is defined as a crime under international law.” Research has shown that wireless radiation can cause DNA damage, neuropsychiatric […] 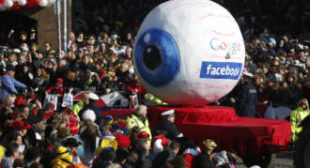 Breaking up Facebook & Google? RT’s Keiser Report looks at the best way to disband the monopolies

The Louisiana Attorney General Jeff Landry said he would like to see Google, Facebook and other major social media behemoths broken up like the federal government did to Standard Oil more than a century ago. 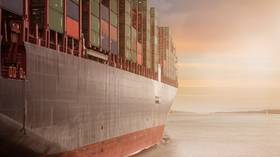 Chinese investment in US plunges 83% amid simmering trade war

Chinese investments in North America and Europe fell by 73 percent last year as a result of tightened US scrutiny of foreign takeover deals and Beijing’s restrictions on outbound investments. Data from law firm Baker & McKenzie showed that Chinese foreign direct investment (FDI) flows into the United States have also turned negative, falling to […] 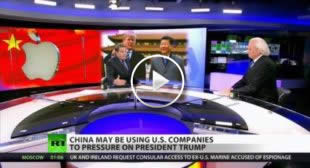 Apple sides with China against Trump

Rick Sanchez takes a look at China’s response to the Trump Administration tariffs imposed on Beijing, as US telecom giant Apple losses 64 billion dollars of its value. Apple CEO Tim Cook blames the tit-for-tat and the Trump administration’s trade war with China. Is Apple blameless, or is this a show of force as Apple […] 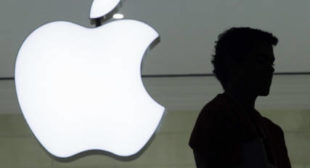 Aside from the trade wars, Apple has been hurt by a boycott in China and its own apparent arrogance towards Chinese laws. Apple had to cut its revenue outlook for the latest quarter, citing what it called an “economic deceleration” in China and emerging markets, according to a report by Agence France-Presse. 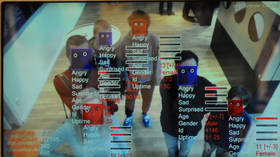 Google wins lawsuit, can continue to use facial recognition tech on users without consent

A federal judge has thrown out a lawsuit that alleged Google’s nonconsensual use of facial recognition technology violated users’ privacy rights, allowing the tech giant to continue to scan and store their biometric data. 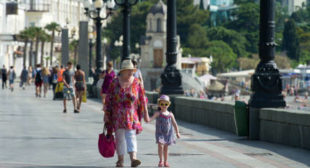 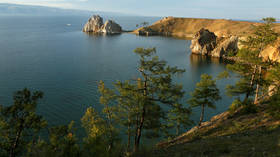 Russia’s $75 trillion in resources is why sanctions are impossible

The country with the largest mineral reserves in the world, Russia, is the second top exporter of rare earth minerals. Its natural resources are estimated at tens of trillions of dollars. It has abundant supplies of oil, natural gas, timber and valuable minerals, such as copper, diamonds, lead, zinc, bauxite, nickel, tin, mercury, gold and […] 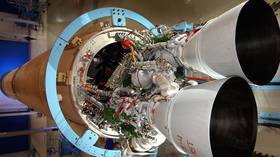 SpaceX founder Elon Musk praised the Russian-built RD-180 rocket engine for looking awesome but said his bitter rivals Lockheed and Boeing ought to be ashamed of using it during their launches. The eccentric tech billionaire said a few nice words about the RD-180 on Twitter, while mocking his competitors at the same time.