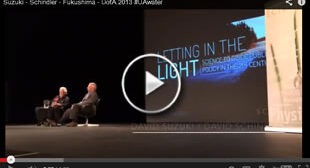 Anthony Gucciardi | Award winning scientist says another 7.0 earthquake hitting Fukushima would mean US evacuations, “bye bye Japan.” “I have seen a paper which says that if in fact the fourth plant goes under in an earthquake and those rods are exposed, it’s bye bye Japan and everybody on the west coast of North […] 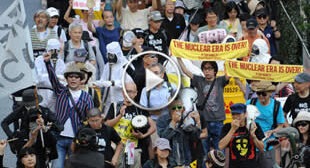 Some 9,000 activists took to the streets of Tokyo on Sunday to protest nuclear power. The march comes as Japanese authorities are considering restarting the country’s nuclear reactors, which were shut down in the wake of the 2011 Fukushima disaster.