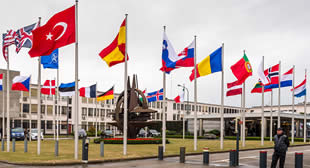 NATO has not flown its white-on-blue flag during the course of its massive Anaconda-2016 war games aimed at demonstrating European solidarity and unity in the face of a purported “Russian threat,” suggesting that there are deep divisions within the alliance over the portrayal of Moscow as an enemy. 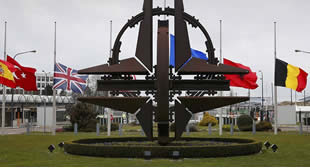 Why a Thaw Between Russia and NATO is Possible

There are signs indicating a slight shift in NATO’s strategy towards Russia. Western Europe now does not believe in the “Russian menace” while some Western politicians have called upon the EU to regard Moscow as an ally rather than a geopolitical rival. 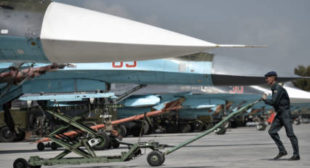 Why has NATO chosen Russia as its enemy instead of ISIS?

According to statements made at last weekend’s summit in Warsaw, NATO regards Russia as a bigger threat than ISIS. Of course, that’s ludicrous but when you scratch beneath the surface, the use of these falsehoods makes perverted sense. 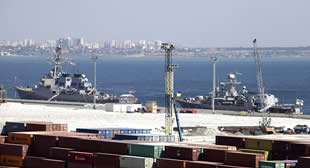 Next Monday, US Navy ships will join their Ukrainian counterparts in Black Sea naval drills dubbed Sea Breeze-2016. However, some analysts are concerned that the content of the exercises could lead to devastating consequences for the entire region. The ‘Black Sea Breeze-2016’ drills, taking place in southern Ukraine, are set to begin on July 18. 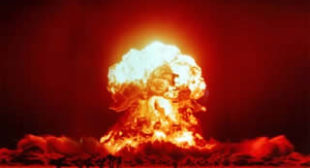 Pushing the Doomsday Clock to Midnight

As the U.S. and NATO mount provocative military maneuvers on Russia’s border, the West is oblivious to how these threatening gestures ratchet up prospects of thermonuclear war that could extinguish civilization, says Gilbert Doctorow. In his eulogy to Mohammed Ali at the Louisville memorial service, Rabbi Michael Lerner reminded us all of the distinguishing feature […] 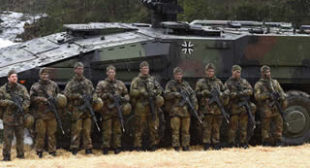 In NATO’s Footsteps: What is Behind Berlin’s Change of Heart Toward Russia

Germany has no alterative than to reconcile itself with NATO’s strategy, experts say, commenting on Berlin’s plans to include Russia in its top ten major threats list. However, it is unlikely that NATO will use Germany as a ‘battering ram’ against Russia, they say. 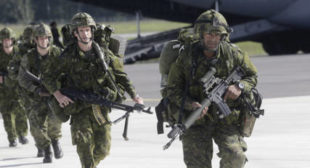 The US strategy in Europe is aimed at strengthening its control over EU and NATO states, selling more military equipment to its European allies to make super-profits for its military-industrial complex and to isolate Russia, political author Diana Johnstone told RT. 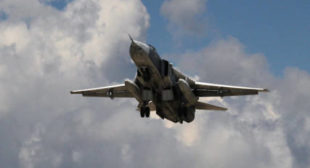 With Washington undertaking the greatest military expansion in world history, oblivious to the global ramifications of its sheer arrogance and audacity, the time is ripe for Russia to make a symbolic gesture in America’s backyard. At the time of this writing, three US B-52 Stratofortress Bombers have just departed from a US airbase in North Dakota, 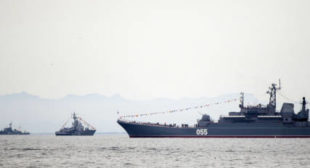 Looks like Spain is in trouble. The country has been slammed for “betraying its NATO allies” allowing Russian Navy vessels to refuel in its North African territories – but in reality what the claim does is expose a massive web of hypocrisy. 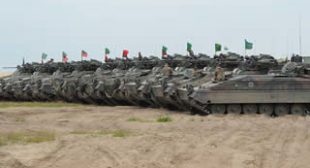 The large-scale US-NATO amassing of military forces on Russia’s Western borders, NATO’s so-called “Eastern Front,” is unprecedented and creates the impression of actual war preparations, according to Professor Stephen F. Cohen, however it might also be driven by the economics of the US military industrial complexes. 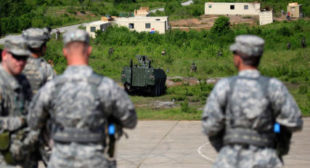 NATO in Montenegro: Securing the rear before Barbarossa II?

The strategic importance of Montenegro is inversely proportional to its size. With it, NATO will have full control of the Adriatic Sea, finish the encirclement of Serbia, and be emboldened to pursue a more aggressive stance towards Russia. Last week, the government of Montenegro signed a protocol on joining the North Atlantic Treaty Organization. 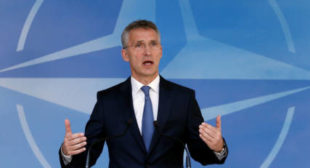 NATO seeks new meeting with Russia ahead of Warsaw summit

Germany is pushing NATO to holding a meeting with Russia ahead of the upcoming summit of the alliance in Warsaw. It comes as NATO continues to ignore Russia’s concerns over its expansion and military build-up in Europe. “There was broad agreement yesterday that NATO should convene a new meeting of the NATO-Russia Council before our […] 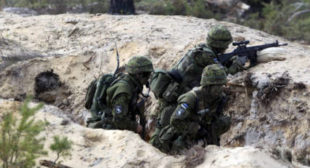 NATO exercises on Russian border: Are these people actually mad?

Less than a week after Russia marked its annual Victory Day commemoration of the end of the Second World War, NATO troops began planned military exercises in Estonia all the way up to Russia’s border. It begs the question – are these people actually mad? 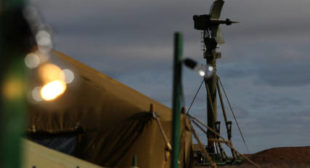 Russia will restore a missile attack warning station near Crimea’s Sevastopol to counter increasing NATO activity in the Black Sea, Izvestia daily reported, quoting a source in the Russian defense industry. The source told reporters that the installation will be based on the Soviet-era Dnepr station (NATO code name Hen House), but that it would […] 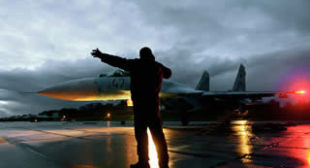 NATO Expands Along Russia’s Borders, Has Gall to Call Moscow the Aggressor

Paleo-conservative commentator Pat Buchanan slams NATO hawks for working to expand the alliance’s presence all along Russia’s borders, while calling Russia out as the aggressive power. Instead of touting Putin’s belligerence, Buchanan suggests, observers should think about what it would be like to walk a mile in the Russian president’s shoes. On Friday, Buchanan recalls, […]