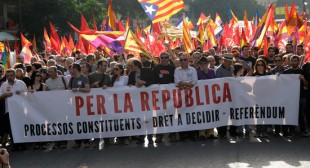 Catalonia’s president, Artur Mas, has said he will put his signature on a decree calling for a “consultation” on independence from Spain on November 9, despite Madrid deeming any potential referendum unconstitutional. “I will sign the decree for the consultation in Catalonia, in fact I will call this consultation for November 9 as agreed some […] 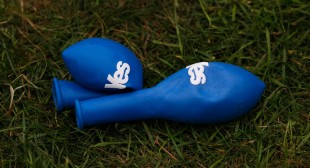 The Scots have lost their stab at independence by a tiny 10-percent margin. Analysts predicted that only a “yes” vote would send waves throughout Europe, but the dire economic situation of other independence-seeking regions can’t be eclipsed so easily. In a historic referendum on Thursday, Scotland voted 55 to 45 percent to stay in the […] 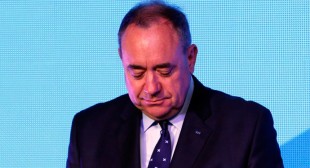 Scotland’s First Minister and leader of the Scottish National Party (SNP) is resigning from office after losing Thursday’s independence referendum. Scots voted to stay in the UK following an intense campaign. The ‘No’ campaign rallied 55 percent of votes against 45 percent ‘Yes’ votes. 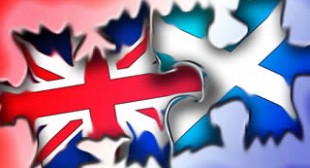 DAVID MILLER, Co-editor of Neoliberal Scotland: Class and Society in a Stateless Nation, said… “For me the first question is what is the best outcome in terms of the power of the British state in the world. Given its historically negative role (not least in Iraq), anything that challenges its power has my support. In […] 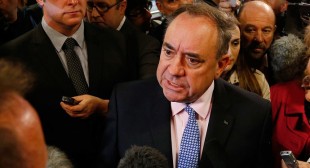 The British establishment is breathing a collective sigh of relief. The people of Scotland have chosen Westminster rule over political sovereignty, and the Union remains intact. Scotland’s pro-independence campaigners, bent on separatism and self-determination, claimed they had the momentum to realize an independent Scottish state. But they were mistaken. 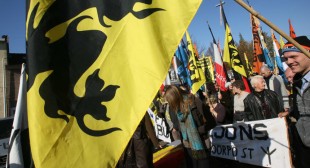 “Flemish independence: better to become good friends than stay together in a bad marriage”

An independent Flanders with Brussels as its capital will be best for the Flemish people who represent 60 percent of the Belgium population, and provide 80 percent of its economy, Flemish MP Tom van Grieken told RT. Following in the footsteps of Scotland, Veneto in Italy and Catalonia in Spain, and Belgium’s Flemish region may […] 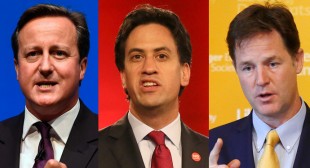 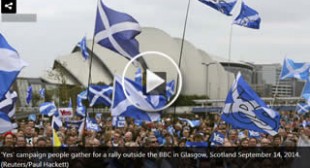 “Stick your license fee up your a***!” Pro-indy Scots denounce “liar” BBC journo in protest

Pro-independence Scots rallied outside the BBC’s Glasgow headquarters on Sunday to protest the public broadcaster’s pro-union “bias” and demand the resignation of political editor Nick Robinson. Waving Scottish flags and “Yes Scotland” banners, protesters chanted, “You can stick your license fee up your a***!” while banners read “Auntie Beeb, anti-democracy, anti-truth”. 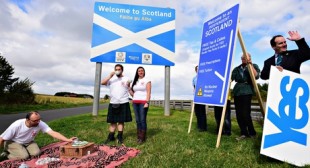 Sterling falls sharply to lowest level since November 2013 as surge in support for pro-independence campaign rattles markets. The pound has slumped to a 10-month low after the yes campaign took the lead in the opinion polls just 10 days before the Scottish independence vote. 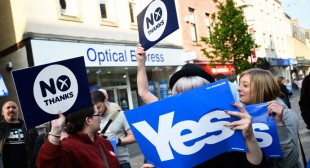 London – Friday 19 September 2014, the morning after Scotland votes for independence from the UK. And David Cameron said to Alastair Darling, “Stretch out your hand over Scotland so that locusts swarm over the land and devour everything growing in the fields, everything left by the hail.” So Darling stretched out his staff over […] 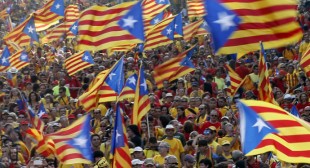 Europe saw one of the largest demonstrations in recent years: at least 1.8 million people formed an 11km red-yellow line to show their support for the upcoming independence referendum. A mosaic was made in the form of a ‘V’ for ‘vote’. At least 1.8 million Catalans, dressed in red and yellow, the colors of the […] 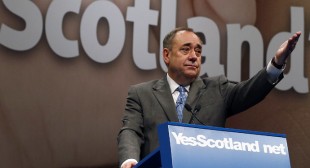 The BBC faces accusations of anti-independence bias after its political editor, Nick Robinson, produced a report that wrongly claimed Alex Salmond had ignored his question during a heated press conference. Calling into question the impartiality of the publicly-owned broadcaster, the veteran BBC correspondent edited out Salmond’s lengthy answer, in which the First Minister claimed the […] 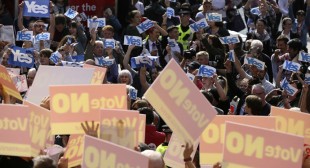 Politicians clashed over the NHS at a Scottish independence debate. “Yes” supporters say independence could save the health service from privatization, while “No” advocates say Scotland can’t afford it alone. Independence is needed to protect against a “nasty, competitive, profit-driven motive” towards the NHS, Scottish Green Party MSP Patrick Harvie said Thursday. 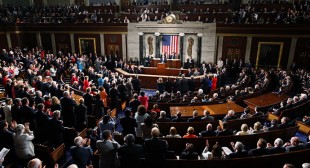 Members from both sides of the US political spectrum say a Yes vote in Scotland’s independence referendum may compromise the UK-US strategic relationship. A weakening of Washington’s top military ally and the fate of the UK’s nuclear arsenal are key. Representative Bradley Sherman [D-CA], who has vocally opposed the prospect of Scotland breaking away from […] 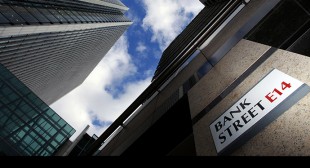 Banks worldwide are warning of the financial folly that would follow Scotland’s decision to exit the United Kingdom. Scotland’s big banks talk of relocating to London, and other businesses are watching currency and economic ripples as the decision nears. Scotland’s population of 5 million will go to the polls on September 18 to decide whether […]