The main takeaway from Russia’s ‘national vote’ on a series of amendments to the constitution is one a lot of people won’t want to hear: Most Russians want the country to plow its own furrow, regardless of what outsiders think. In the end, the margin was huge. Exit polls suggested around 70 percent of voters […]

As monuments are being toppled & WWII facts erased, Vladimir Putin gives a stark warning about playing games with history

Vile historical revisionism and the destruction of monuments and memory are threatening to unravel the entire international order set up by the victorious allies in World War Two, Russian President Vladimir Putin has warned. Published by the National Interest on Thursday, Putin’s text revisits some of the lesser-known historical facts to address narratives increasingly popular […] 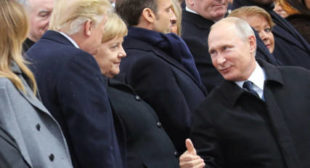 The eating habits of world leaders have long been a matter of public interest, with observers questioning whether KFC and diet Coke, or perhaps something more balanced, could have an impact on politicians’ ability to deal with the physical and psychological stresses of their office.

Vladimir Putin has confided that US President Donald Trump privately lamented the “insane” US military budget. He also says Russia protects itself by making the costs of attacking the country too high for anyone to contemplate. The US has outstripped us” in terms of annual defense expenditure, the Russian president said in a new episode of […] 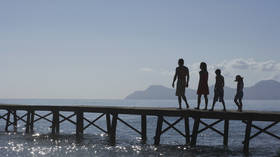 ‘As long as I’m president we will have ‘mother’ & ‘father’: Putin backs traditional family values once again

Russia will not introduce politically correct terminology such as “parent #1” and “parent #2” any time soon, Putin told a constitutional reform working group on Thursday, as they discussed family values in Russia. As for ‘parent #1’ and ‘parent #2’, I have already publicly said it and I will repeat it once more: as long […] 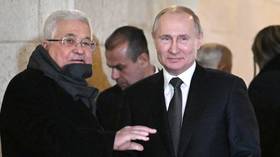 The Russian president made a small but noticeable contribution to keeping the Palestinian Authority in order when he put a fallen peaked cap back where it belonged – on the head of a member of an honor guard. The amusing interlude happened on Friday as Vladimir Putin was visiting the Palestinian city of Bethlehem to […]

Why Putin landed in foggy Kyrgyz capital, while defense minister’s plane turned away

Vladimir Putin’s plane landing in Bishkek despite heavy fog and high humidity is no reason to doubt the skills of Defense Minister Sergey Shoigu’s pilots, who decided to reroute to another airport, a veteran aviator has said. The Russian president’s Ilyushin Il-96-300PU was approaching the airport in the capital of Kyrgyzstan late on Thursday after […]

US Media Reveals Putin’s ‘Most Remarkable’ Achievement in 20 Years

During the 19 December end-of-the-year press conference, President Vladimir Putin specifically underscored Moscow’s assertiveness in the face of the West’s ongoing sanctions pressure against Russia, saying that the country’s “economy has adapted to foreign shocks”.