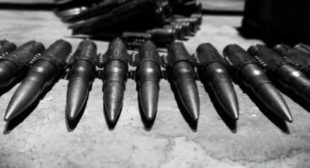 During operations to clear terrorist-controlled areas across the country in recent months, Syrian forces discovered countless caches of Western and Israeli-made weapons, munitions and supplies. Authorities in the town of Yalda, about 10 kilometers south of the Syrian capital, have discovered a large stock of weapons and ammunition carefully hidden inside a plastic water tank at a local farm abandoned by militants, the Syrian Arab News Agency reports.