No fear of reprisal, but need for dialogue: Austria on not expelling Russian diplomats 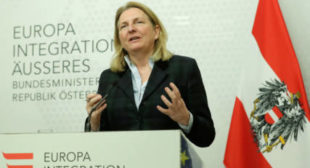 Vienna refused to expel Russian diplomats not because it feared reprisal, but because it stands for open dialogue, Austria’s foreign minister said, decrying the UK’s attempts to lure the country into taking “certain measures.” Austria refrained from expelling Russian diplomats earlier this week, in contrast to its EU neighbors, who chose to rely on the UK’s assertion that Russia was behind the poisoning of former double agent Sergei Skripal in Salisbury.