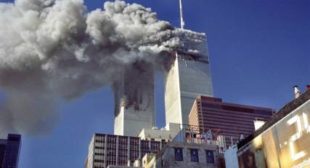 Just hours after a deadly synagogue shooting in Pennsylvania on Friday in which 11 were killed, US President Donald Trump offered a whopping lie to fans as a means of avoiding the cancellation of his evening political rally in Murphysboro, Illinois. In justifying a Saturday political rally only hours after the deadliest anti-Semitic tragedy in US history, Trump avowed to his audience that, following the terrorist attacks of 9/11, the New York Stock Exchange (NYSE) was open the very next day.