Yanukovych’s “Trial” in Ukraine: a Coup That Doesn’t Let to Forget Itself 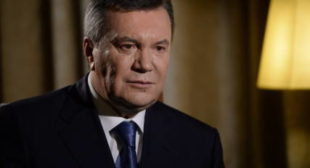 A British writer and journalist Edward Lucas, one of the pioneers of the theory presenting Russia as an existential threat to the US and the European Union, several years ago coined the term of “whataboutism.” The term is supposed to denote the inclination of Russian media to question the moral ground of Western accusations against Russia by pointing to the West’s own failures: “What about the war in Iraq,” “what about tapping the phones of citizens in the US,” etc.