#WorstPresidentEver: US Twitter Users Deliver Their Verdict Upon Obama’s Rule 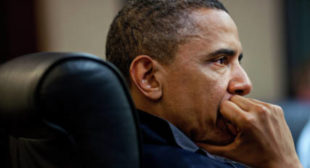 Assessing Barack Obama’s legacy some US Twitter users labeled the outgoing politician “the worst president ever” and denounced his attempts to deepen the rift between the United States and Russia.

The outgoing US President Barack Obama has taken a last-ditch effort to damage America’s relations with Moscow by introducing anti-Russian sanctions over what the US mainstream media called “vote hacking.”