What are you on? Google boss grilled over taxes, but doesn’t know his own salary 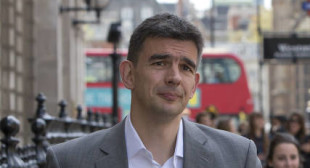 Google’s European boss told MPs he does not know his own salary during a grilling over the tech giant’s controversial tax affairs.

Matt Brittin appeared before the Public Accounts Committee (PAC) on Thursday to answer questions regarding a deal struck between Google and the government, whereby the internet company paid a mere £130 million (US$185 million) in tax in the last 10 years.