We will not impose our way of life, but we will shine for others to follow ‒ Trump 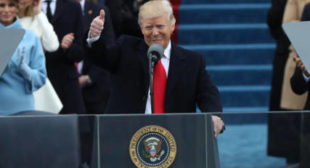 Donald Trump has been sworn in as the 45th president of the United States. In his inaugural address, he has promised to give the government back to the people and put “only America first.”