‘We can’t do it!’ Bavaria sends busload of refugees to Merkel 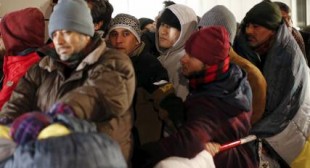 The head of a Bavarian district has sent a bus with 30 refugees aboard on a 550km trip to Angela Merkel’s Berlin office – fulfilling a threat made in October, when he said he would act if the number of refugees exceeded housing capacity in his area.

Peter Dreier, head of the Landshut district in Bavaria, reportedly had an angry phone conversation with Chancellor Angela Merkel to discuss the refugee issue back in October, Die Welt newspaper reports.