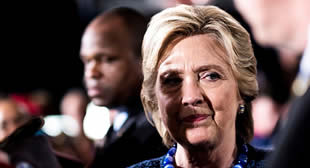 More than two-thirds of registered voters do not want President Obama to pardon Hillary Clinton before he leaves office next month, according to a Fox News poll released Thursday evening.

The poll said 68 percent of respondents who were asked from Dec. 11-13 say the Democratic president should not forgive his former secretary of state for potential crimes she may have committed in connection with the Clinton Foundation or by using a private email server in her residence. Less than one-quarter of voters, 23 percent, want Obama to help the unsuccessful 2016 Democratic nominee before President-elect Trump takes office.