US NGOs sued over $280bn aid sent to Israel, deducted from taxes – report 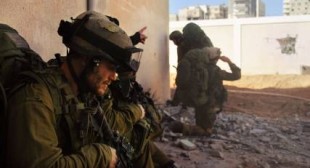 A lawsuit has reportedly been filed against the US Treasury Department, alleging that some 150 NGOs sent as much as $280 billion worth of tax-deductible donations to Israel in the past 20 years.

According to a report by Al Jazeera, the donations were “pass-throughs” to support the Israeli army and settlements in the occupied Palestinian territories which had been ruled illegal by the UN.