‘US is torturing Chelsea Manning’: Top UN official says treatment of manning is ‘cruel and degrading’ 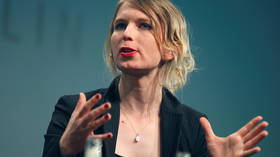 Chelsea Manning is being subjected to cruel, inhumane and degrading treatment, constituting torture by the US government over her refusal to testify against whistleblower website WikiLeaks, a top United Nations official has said. UN special rapporteur on torture Nils Melzer accused the government of torturing Manning in a November letter, which was just released on Tuesday. In the letter, Melzer wrote that Manning is suffering “an open-ended, progressively severe measure of coercion” which fulfils “all the constitutive elements of torture.”