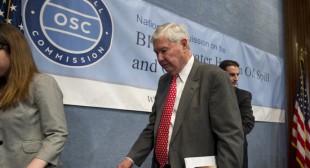 Failure by the US to investigate Saudi Arabia’s connection to the 9/11 attacks is among the factors that led to the rise of ISIS, Bob Graham, a former senator and co-chairman of the official inquiry into 9/11, told The Independent in an interview.

Graham has expressed doubts about the US’s reliance on Saudi Arabia as an ally in fight against Islamic State (also known as ISIS or ISIL).