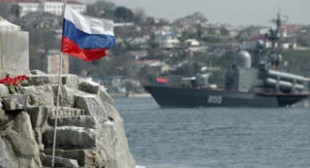 A well-monitored vote should be held in Crimea to let the people of Crimea decide if they want to be Russians or Ukrainians, US Congressman Dana Rohrabacher said at the annual US-Russia Forum in Washington DC.

Crimea’s secession from Ukraine took place after a new government was installed in Kiev through a coup in February, 2014, which alienated Crimea’s majority Russian-speaking population of 2.4 million.