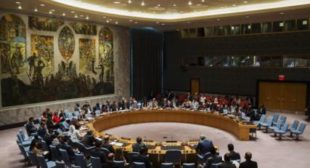 MOSCOW (Sputnik) – The United States has blocked the UN Security Council motion calling for an investigation into the deaths of Palestinians killed in violent clashes with the Israeli forces on the Gaza Strip border, Haaretz reported on Tuesday. According to the Haaretz newspaper, the UN Security Council in its draft statement, prepared by Kuwait, had expressed its indignation at the killing of dozens of Palestinian protesters by the Israeli Defense Forces during the escalated clashes and called for an independent international probe into the situation.