Untold Story of Syrian Coup: Who is Really Behind the Plot to Topple Assad? 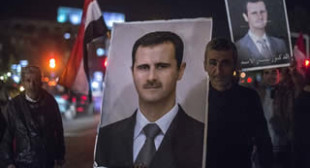 Thanks to modern technologies one can easily reconstruct the story of Washington’s conspiracy aimed at destabilizing Syria by exploiting the country’s ethnic and religious divisions.

In his recent Op-Ed for Russia Today Neil Clark, a journalist, writer, broadcaster and blogger, writes that former US Secretary of State Clinton’s emails as well as secret labels and reports provided by Wikileaks and American conservative educational foundation Judicial Watch show that Washington was by no means an innocent bystander, but went out of its way to destabilize Syria and exploit its ethnic and religious divisions.