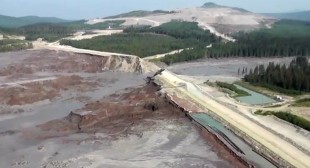 Millions of cubic meters of water, sand and chemicals, which were released into the waterways of British Columbia, Canada, from a breached mine tailings pond have led to a total water ban for residents in the area of the incident.