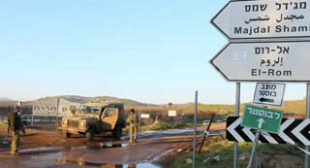 Earlier in the day, head of the Syrian government delegation at the Geneva talks Bashar Jaafari strongly criticized Israel for holding an unprecedented cabinet meeting in the Golan Heights.