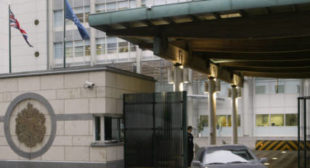 The bold accusation of Russia by UK PM Theresa May could have grave consequences for bilateral relations, even the severance of diplomatic ties, top officials warned, vowing Moscow will respond to any hostile actions. Earlier on Monday, British PM Theresa May claimed, while addressing the British parliament, the “attempted murder” of former double agent Sergei Skripal was either “a direct act by the Russian State against our country, or the Russian government lost control of this potentially catastrophically damaging nerve agent and allowed it to get into the hands of others.”