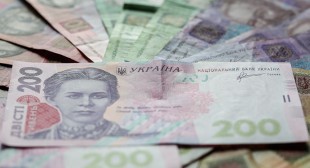 Ukraine has the fastest falling economy of 2015 according to the British periodical The Economist. The country has seen its GDP shrink by 6.5 percent since last April, with countries like Libya and Macau performing better.

The Ukrainian economy showed the most significant deepening recession compared to the rest of the world, according to the data, published on Wednesday by the head of the analytical department of the Economist Robert Ward.