Two Years On: How Russia’s Agricultural Sector Reaps the Benefits of Sanctions 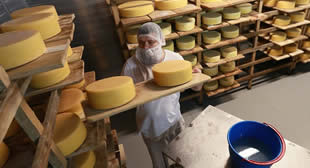 On the two-year anniversary of Russia’s counter-sanctions against Western food products, its agricultural industry is going from strength to strength.

On August 7 2014, Russia imposed counter-sanctions on food products from Western countries which had imposed sanctions against some Russian individuals and entities in March 2014, following Crimea’s decision to join the Russian Federation in the aftermath of the Maidan coup d’etat.