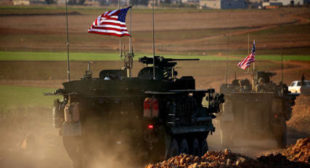 Two ex-British ambassadors questioned claims that Assad is behind a chemical attack that killed dozens of Syrians. Peter Ford and Craig Murray expressed doubt, urging the UK government not to rush into a war without proof. Former British ambassador to Syria Peter Ford, speaking during a heated interview on BBC Radio Scotland, believes that the reported chemical attack in Douma may not have been committed by Assad, contrary to claims by US President Donald Trump, among others.