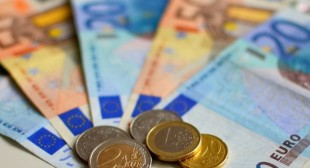 As a way to improve living standards and boosts its economy, the nation of Finland is moving closer towards offering all of its adult citizens a basic permanent income of approximately 800 euros per month.

The monthly allotment would replace other existing social benefits, but is an idea long advocated for by progressive-minded social scientists and economists as a solution—counter-intuitive as it may first appear at first—that actually decreases government expenditures and unemployment while boosting both productivity and quality of life.