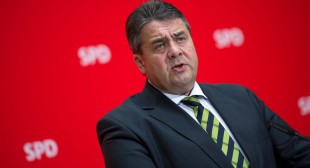 Gabriel stressed that the Saudi regime has been funding mosques known for radicalizing the Muslim population, including in various communities in Europe.