This is a Dumb War 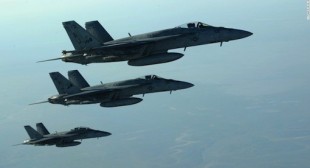 A little-known US senator named Barack Obama said in 2002: “I don’t oppose all wars. […] What I am opposed to is a dumb war. What I am opposed to is a rash war. […] A war based not on reason but on passion.” Americans were angry after 9/11 and President George Bush Jr chose to channel their anger not against Saudi Arabia (most of the Al-Qaida terrorists involved came from there), but against Iraq, which the US invaded six months later. The media wanted the war and most Democratic senators, including Hillary Clinton, favoured it too. But the invasion of Iraq created the chaos that produced so-called Islamic State (ISIS).