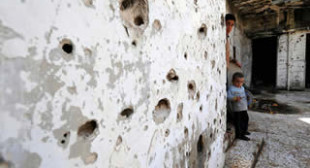 The response of Western governments and of the Western media to the Russian air operation in Syria was unanimous.

All of them condemned it and all of them said it would fail. In the US there was much gloating talk — joined in by President Obama himself — about how the Russians had landed themselves in a quagmire.