The Possibility of Reason: Oliver Stone Blasts US Media Bias 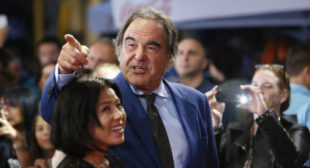 Famous film director Oliver Stone berated US media for its apparently biased view of Russia and its leader, President Vladimir Putin, at a film festival in Sarajevo. During a Q&A session at the Sarajevo Film Festival, acclaimed American film director Oliver Stone said that US media outlets like The Washington Post, The New York Times, and The Wall Street Journal have become “extremist in their anti-Russian fervor,” according to the Variety magazine.