The only safe ship in a storm is leadership 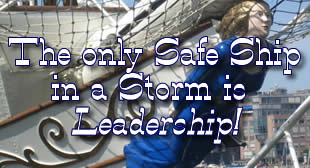 A few lines can pack a lot of information that teach and inspire.

People are definitely a company’s greatest asset. It doesn’t make any difference whether the product is cars or cosmetics. – A company is only as good as the people it keeps.
Mary Kay Ash, Entrepreneur and Business Leader

A vision is not just a picture of what could be; it is an appeal to our better selves, a call to become something more.
Rosabeth Moss Kanter, Harvard Business School Professor

Without leaps of imagination, or dreaming, we lose the excitement of possibilities. Dreaming, after all, is a form of planning.
Gloria Steinem, Political Activist

Leadership is lifting a person’s vision to high sights, the raising of a person’s performance to a higher standard, the building of a personality beyond its normal limitations.
Peter Drucker, Management Consultant

Ninety percent of leadership is the ability to communicate something people want.
Dianne Feinstein, Mayor of San Francisco

You manage things, you lead people. We went overboard on management and forgot about leadership.
Grace Hopper, Rear Admiral, US Navy

Leading an organization is like frying a small fish.  You spoil it with too much poking.
from the Tao te Ching

The things we fear most in organizations – fluctuations, disturbances, imbalances – are the primary sources of creativity.
Margaret Wheatley, Management Consultant

What is needed is people who are interested not in being leaders as much as in developing leadership in others.
Ella J. Baker, Civil Rights Activist

True leaders understand that leadership is not about them but about those they serve. It is not about exalting themselves but about lifting others up.
Sheri L. Dew CEO, Deseret Book Company

The best way to lead people into the future is to connect with them deeply in the present.
James Kouzes and Barry Posner, Management Consultants

It is difficult to steer a parked car.
Henrietta Mears, Religious Leader

Those who do not move do not notice their chains.
Rosa Luxemburg, Revolutionary

The important thing is that when you come to understand something you act on it, no matter how small that act is. Eventually it will take you where you need to go.
Sister Helen Prejean, Activist

The future belongs to those who believe in their dreams.
Eleanor Roosevelt, American Politician

You take people as far as they will go, not as far as you would like them to go.
Jeanette Rankin, Member US House of Representatives and Congress

A leader is best when people barely know he exists, when the work is done, they will say: we did it ourselves.
Lao Tzu, Chinese Philosopher

Leadership should be born out of the understanding of the needs of those who would be affected by it.
Marian Anderson ~Contralto

Leadership that brings peace is far more courageous than the one which opens fire and goes for war.
Asthma Jehangir, Pakistani Activist

A leader who does not hesitate before sending the nation into battle is not fit to be a leader.
Golda Meir, Prime Minister of Israel

When people made up their minds that they wanted to be free and took action, then there was a change.
Rosa Parks, Civil Rights Activist

“Organize, agitate, educate,’ must be our war cry.
Susan B. Anthony, Activist and Newspaper Publisher

We have an obligation to fight for the world as it should be.
Michelle Obama, American Lawyer

Standing in the middle of the road is very dangerous; you get knocked down by traffic from both sides.
Margaret Thatcher, British Prime Minister

You have to look at leadership through the eyes of the followers and you have to live the message. I have learned that people become motivated when you guide them to the source of their own power.
Anita Roddick, English Entrepreneur

Authority without wisdom is like a heavy axe without an edge, fitter to bruise than polish.
Anne Bradstreet, Poet

Power is not an end in itself, but an instrument that must be used toward an end.
Jeane Kirkpatrick, US United Nations Ambassador

I do not think that power can be delegated because I believe that genuine power is capacity. Coercive power is the curse of the universe; coactive power, the enrichment and advancement of every human soul.
Mary Parker Follett, Management Consultant

Leadership is the wise use of power. Power is the capacity to translate intention into reality and sustain it.
Warren Bennis, Management Consultant

True leadership stems from individuality that is honestly and sometimes imperfectly expressed…. Leaders should strive for authenticity over perfection.
Sheryl Sandberg, COO Facebook

If you want to improve the organization, you have to improve yourself.
Indra Nooyi, Chairman and CEO Pepsico

We are willing to follow leaders only to the extent we believe they call on our best, not our worst.
Rachel Maddow, Political Commentator

There go the people. I must follow them for I am their leader.
Alexandre Ledru-Rollin, French Politician

Clearly no one knows what leadership has gone undiscovered in women of all races, and in black and other minority men.
Gloria Steinem, Political Activist

Do not wait for leaders; do it alone, person to person.
Mother Teresa, Nobel Peace Prize Winner

Never doubt that a small number of dedicated people can change the world; indeed it is the only thing that ever has.
Margaret Mead, Anthropologist 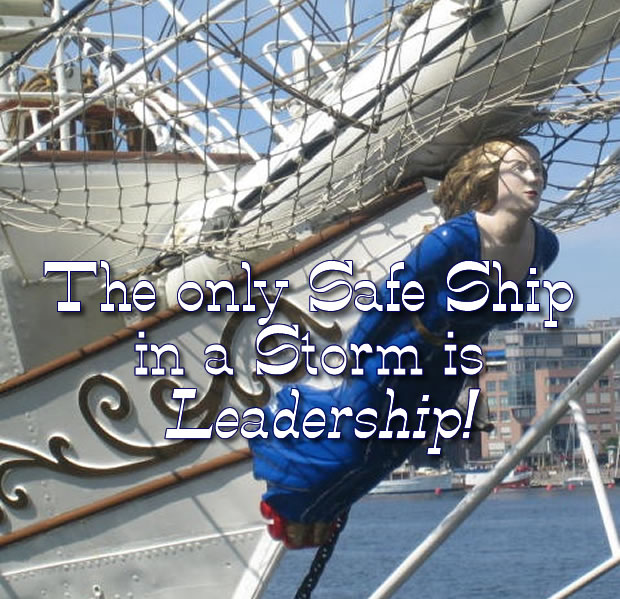