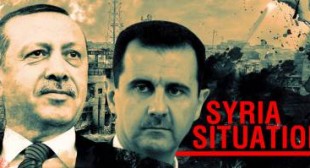 Terrorist leader, Zahran Alloush who headed Jaish al Islam, was a leading advocate of wiping out the minority community in Syria.

And now he has been killed in an airstrike against the terrorists. Jaish al Islam was one of the groups that Saudi Arabia invited to allegedly reach a solution for Syria.

Again we see terrorists being asked to provide a solution in Syria. And those actually fighting against the terrorists on the ground in Syria, such as Russia being told that the United States would not share intelligence information about the terrorists until they agree that President Bashar al Assad should leave power.