The Bogus ‘Humanitarian’ War on Serbia 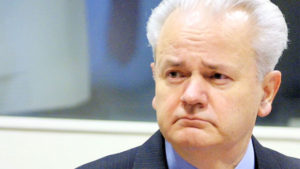 NATO’s war on Serbia in 1999 was the template for other “humanitarian” wars – in Iraq, Libya and now Syria – but it wasn’t “news” when the Serbian leader was cleared, notes John Pilger.

The exoneration of a man accused of the worst of crimes, genocide, made no headlines. Neither the BBC nor CNN covered it. The Guardian allowed a brief commentary.