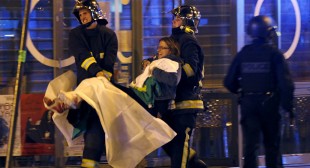 NATO has been dropping bombs for a very long time on the Arab people in the Middle East, says Richard Becker from the anti-war ‘Answer’ coalition. And that has consequences to the countries that launched such aggressive policies in this region, he adds.

France is not the only player involved in tackling ISIS. Why was Paris chosen as the target once again in this act of terror?