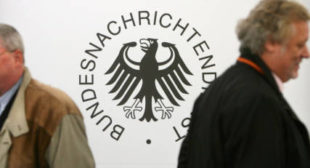 German intelligence was unable to produce any conclusive evidence of Russia waging a disinformation campaign against Berlin, and not for lack of trying.

Having spent nearly one year on a joint investigation, the German Federal Intelligence Service (BND) and the Federal Office for the Protection of the Constitution (BfV) have failed to produce any conclusive evidence of Russia perpetrating a disinformation campaign against the German federal government.