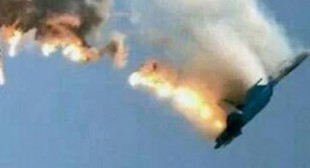 There are many disturbing signs that the West is creating conditions in the Middle East and Asia that could produce a wider war, most likely a new Cold War, containing, as well, menacing risks of World War III. The reckless confrontation with Russia along its borders, reinforced by provocative weapons deployments in several NATO countries and the promotion of governing regimes hostile to Russia in such countries as Ukraine and Georgia seems to exhibit Cold War nostalgia, and is certainly not the way to preserve peace.