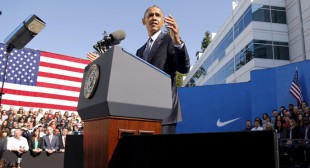 Lawmakers in the United States Senate have thrown a wrench in a plan that would have given President Barack Obama “fast track” authority to advance a 12-nation trade deal between the US and Pacific Ring partners.

In a 52-45 vote on Tuesday afternoon, the Senate opposed moving forward for now on the Trans-Pacific Partnership.