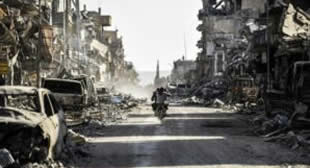 Few things threaten the legitimacy of human rights advocacy more than partisans invoking it selectively to promote one side in a violent conflict. That’s why people with genuine concern over the plight of war victims should be disturbed by the latest pumped-up campaign of selective outrage over the Syrian government’s bombing of Eastern Ghouta, a suburb of Damascus.