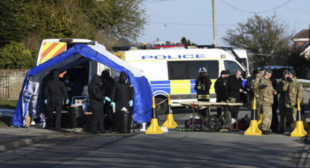 LONDON (Sputnik) – The Metropolitan Police is yet to find suspects in the poisoning of former Russian spy Sergei Skripal and his daughter Yulia despite the conflicting media reports, UK National Security Adviser Mark Sedwill said. In April, The Sunday People media outlet reported that a former officer of the Russian Federal Security Service (FSB), codenamed Gordon, had been identified as a suspect connected to the Salisbury poisonings. The outlet claimed that the suspect had already left the United Kingdom for Russia.