Saudi invasion of Syria: The bluff that could ignite World War III 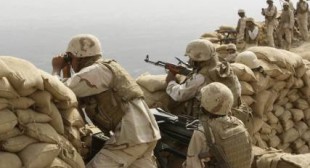 The Saudi plan to send ground troops into Syria appears to be just a ruse. But this is precisely the kind of reckless saber-rattling that could ignite an all-out war, one that could embroil the United States and Russia.

Saudi rulers have reportedly amassed a 150,000-strong army to invade Syria on the alleged pretext “to fight against terrorism” and to defeat the so-called Islamic State (also known as ISIS/ISIL).