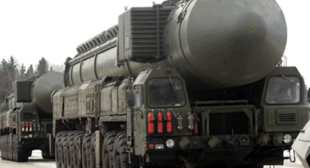 Russia’s military has completed work on a new missile defense radar in southern Russia that has some U.S. military officials worried Moscow is building up offensive and defensive strategic forces in in destabilizing combination.

The large radar station near Armavir, located near the Black Sea and designed to detect missiles launched from Europe and Iran, is nearly complete, said U.S. officials.