Russian Companies to Get Priority in Syria Reconstruction – Prime Minister 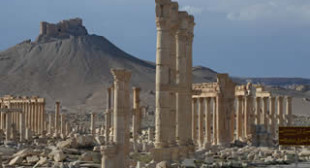 The Russian companies will be given a priority in the restoration of the country following the civil war, Syrian Prime Minister Wael Nader Halqi said Sunday as quoted by a Russian lawmaker.

In March, Syrian President Bashar Assad said that Damascus would lean primarily on Russia, China and Iran in rebuilding the country after five years of destruction.