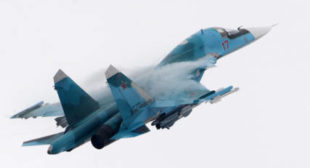 Exports of Russian-produced aviation equipment surged by 46 percent in 2017 against the previous year, according to the latest report from the trade ministry. At the same time, production level in the sector grew by 12 percent to $7.538 billion. In 2017, Russian producers built and sold 133 planes and 213 helicopters, including SSJ-100 passenger planes, the twin-engine, two-seat fighter jet Su-30SM, the multirole fighter M2 and other military and civilian aircraft.