Russia wants to ditch US dollar in trade with European partners 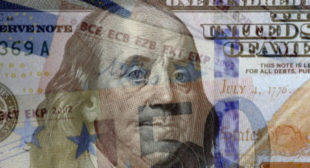 The Russian Ministry of Finance said on Monday it may shift to the use of local currencies with European trade partners. The move will be part of the so-called de-dollarization of the Russian economy. As we can see the main opportunity which can be realized in the short and medium term is the transition to settlements in national currencies with our European counterparts, including settlements involving the euro, and including for the delivery of our energy commodities,” Deputy Finance Minister Vladimir Kolychev told reporters.