Russia Proposes March Truce In Syria, But No Agreement Has Been Reached 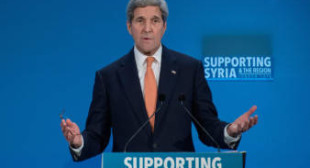 A Syrian military source said the battle for Aleppo, a major prize in a war which has killed a quarter of a million people, would continue in “all directions.”

World powers pressed Russia on Wednesday to stop bombing around Aleppo in support of a Syrian government offensive to recapture the city and a Western official said Moscow had presented a proposal envisaging a truce in three weeks’ time.