‘Russia no pariah, but strategic partner to the West’ – British MP to RT 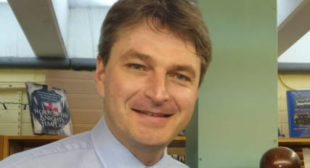 Despite all their differences, the West must respect Russia and look to compromise with it, Daniel Kawczynski, a Conservative British MP, told RT while on a visit to Moscow with a group of British parliamentarians.

The British MPs arrived in the Russian capital to resume inter-parliamentary contacts that had been stalled for two years,