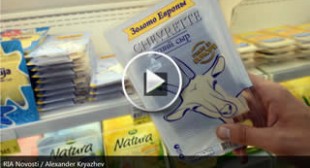 Russian PM Dmitry Medvedev has signed a decree on the full ban for imports of beef, pork, poultry meat, fish, cheese, milk, vegetables and fruit from Australia, Canada, the EU, the US and Norway. The ban will last a year, starting August 7.

The Prime Minister also said Russia has stopped transit flights by Ukrainian airlines to such destinations as Georgia, Azerbaijan, Armenia and Turkey, adding that the country was considering a ban of transit flights for European and US Airlines to the Asia-Pacific region.