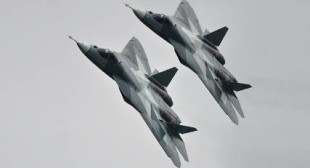 Russia’s military campaign in Syria seems to have changed President Barack Obama’s opinion of its armed forces. He now says it’s “the second-most powerful military in the world.” Two years ago he labeled Moscow as nothing more than a “regional power.”

Speaking at the Association of Southeast Asian Nations (ASEAN) conference in California,