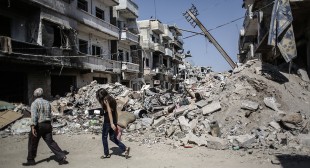 At no time in history has the persecution of Christians been as intense and widespread as it is at the moment. There is a global war on Christians, which has escalated in scale and intensity since the US invasion of Iraq.

After the deliberate destruction of nation states and government structures all over the Middle East, Islamist groups have seized the opportunity to wage war on and persecute Christians.